Once called the “spiritual love child of Sade and D’Angelo” by Rolling Stone magazine, Goapele has both a sensuous and serious voice that is making a difference in the music world by blending genres including jazz, soul, and hip-hop, infused with her own poetry. The Oakland, California-based songstress broke onto the Bay Area music scene in 2001 with her ethereal EP, Closer and has since released “Change It All”, “Break of Dawn”, and her newest album- “Strong As Glass”.

We were thrilled to have the opportunity to work with Goapele. As fans of her music, we knew how important the accompanying visuals would be to the tie in the song, event or even album. We have worked closely with her team at Skyblaze to produce covers, merchandise and several versions of her website since our first collaborative project in 2009.

The gallery below showcases some of the album covers that we’ve had the pleasure of working on.

In support of her latest release and nationwide tour, we were tasked with helping design some t-shirts that would be sold during Goapele’s shows. We decided on carrying over the album art theme with a striking image of Goapele in the front coupled with the same typography as the album.

We have also created several marketing pieces over the years that have included, event flyers, one sheets and sponsorship decks. 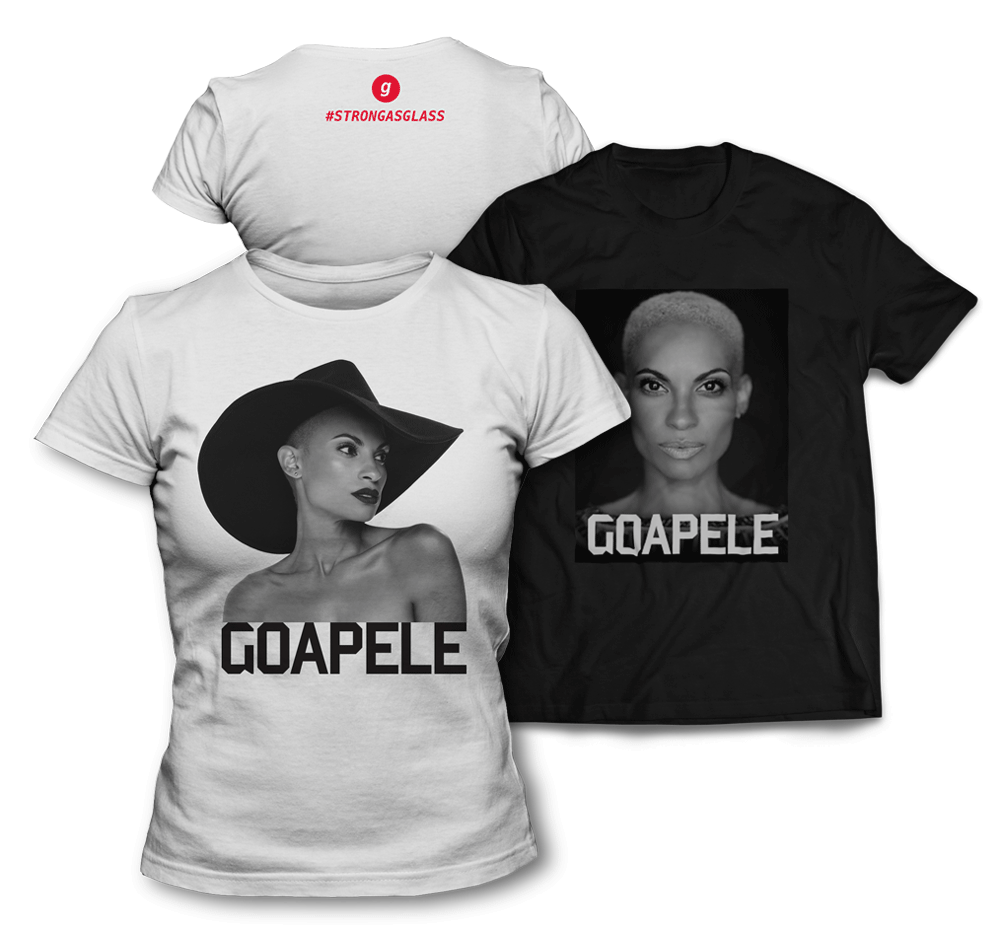 With the most recent incarnation of the website in support of “Strong As Glass”, we knew it was essential that the website needed to be responsive. Ensuring that her fans have the optimal experience on any device was key in making sure her web presence can spread as far as her voice can soar.

Touch-enabled sliders, optimized smartphone and tablet views for all pages were applied. We also made sure the social media profiles were ever present so her fans can easily share any content.

“It was realy easy working with Giographix. I felt like nothing was too big or too small and I feel like as an artist and a client, Giographix respected my vision. I would highly recommend Giographix for your graphic design and website needs.”

Social media is one of the biggest tools in an artist’s arsenal and we knew it needed to play a prominent part in Goapele’s web presence. We needed to visually showcase the her social media stream (specifically Instagram & Tumblr) in an intuitive, but yet visually appealing way.

We knew that social media marketing would mean:

0
ARE YOU READY TO GET STARTED? Yes, Let's do this.